From circulating libraries to books dispenser and bookcrossing

How have our reading habits changed over the years? While people are still debating whether to choose paper or digital books, today we have decided to talk about the possibility to share or borrow books.

The very first book vending machine was conceived by Richard Carlile in England (1790-1843). Carlile was an English journalist and an important agitator for the establishment of universal suffrage and freedom of the press in the United Kingdom.

Almost 100 years later, the idea to promote a reading culture open to all was taken up by Allen Lane, a British publisher, who founded Penguin Books in 1935. The publishing house, which is still active and famous all over the world to date, revolutionized the sector by inventing pocket-size books and bringing high-quality, paperback fiction and non-fiction books to the mass market. Afterward, in 1937 the Penguincubator – a book-dispensing machine – was installed near Charing Cross station in London.

The idea to be able to share, buy and give books, which in the past was very revolutionary, is now become almost a regular habit. In the early 1900s, just very few people knew how to write and read, and the social, cultural and economic conditions were so precarious and unstable that reading was a luxury reserved for a select few. These inventions made it possible to promote the circulation of low-priced yet high content quality books.

All over Europe and in other parts of the world, many similar initiatives have been promoted. 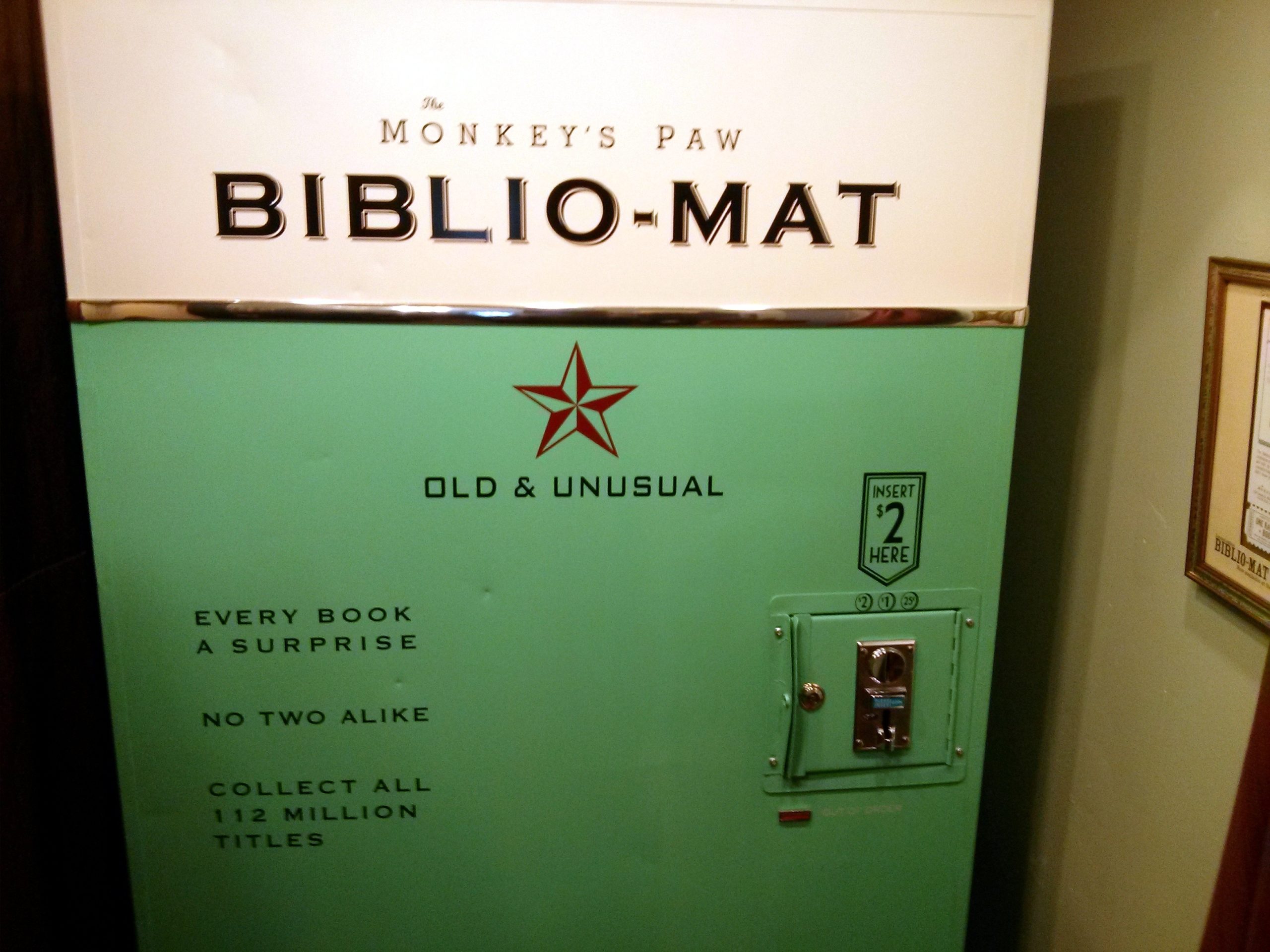 In Canada, for example, in 2012 the Biblio-Mat machine was designed for the Monkey’s Paw antiquarian library in Toronto. The Biblio-Mat is a random book dispenser in the shape of a big green metal box that has attracted the attention of tourists and local users. In particular, Biblio-Mat books are rare, cheap and very old and are carefully selected by the owner of the bookshop.  Anyone interested in purchasing a book should insert a coin (2 dollars) and the machine automatically will select the book for you: this is the great peculiarity of this metal box.

Following the same idea, the bookcrossing phenomenon aims at making the whole world a library: anyone who wants can pick up or leave books in specific public areas. This practice was conceived by Ron Hornbaker and his wife in March 2001 and a month later they launched the website. It was a success: people understood the project’s mission, immediately took part in it and the community got bigger and bigger all over the world.

Any place in the city can become an open library and people are given the opportunity to leave and borrow books. This practice made books more widely available, increasing the capillary diffusion of culture and helping, at the same time, those who cannot afford to buy books.

Every year, all over the world, the BookCrossers (people with a passion for bookcrossing) organize literacy-related events or meetings to celebrate and share their love for books.

The European Commission support for the production of this publication does not constitute endorsement of the contents which reflects the views only of the authors, and the Commission cannot be held responsible for any use which may be made of the information contained therein. Agreement number: Nr 608964-EPP-1-2019-1-IT-EPPKA3-VET-NETPAR

We use cookies to ensure that we give you the best experience on our website. If you continue to use this site we will assume that you are happy with it.OkPrivacy policy