Copenaghen, how a library can be a social inclusion place against racism?

The Human Library – or “Menneskebiblioteket” as it is called in Danish – was created in Copenhagen in the spring of 2000 by Ronni Abergel and his brother Dany and colleagues Asma Mouna and Christoffer Erichsen.

It is a non-profit organisation and was born 20 years ago following a tragic racist event that took place in the capital in the 1990s, today, the organisation is present in 80 countries on all continents.

The Human Library aims to create events whose protagonists are mainly people belonging to stigmatised groups and minorities, victims of prejudice deriving from cultures and origins, religious and political beliefs, the presence of forms of disability and so on.

The original event was open eight hours a day for four days straight and featured over fifty different titles. The broad selection of books provided readers with ample choice to challenge their stereotypes and so they did. More than a thousand readers took advantage leaving books, librarians, organisers and readers stunned at the impact of the Human Library. 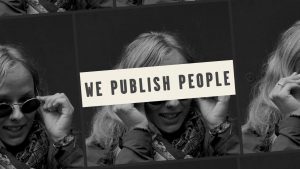 How does it work?

The Library is based on volunteers and they become “human books” who tell their own stories.

Users can find the book whose protagonist tells his addiction to alcohol or the one where the theme is autism, with the protagonist being someone who has to deal with the consequences of autism daily, or yet another theme, which prompts reflection on prejudices and various forms of rigidity, is that of unemployment, where a living book is an unemployed person confronting its readers.

Why become a human library volunteer?

On the official Human Library website, the Staff underline: “There is not just one good reason, but many very good reasons to become part of this global movement and help us publish people through Human Libraries in your community.

Open and honest conversations can potentially lead to greater understanding, acceptance and social cohesion in the community. Real people in real conversations within a framework set up to help facilitate and accommodate the process.

Because this is an innovative approach to challenging stigma, stereotypes and prejudices through a non-confrontational and friendly conversation. To give a voice to the many groups that are stigmatized and to help enable platforms that support building relations and social cohesion in the community.

Because you want to volunteer your time to work that is important and has a significant impact and potential for creating change”.

The motto of the Human Library is: “DON’T JUDGE a Book By its Cover”.